What are Shareholders, Officers and Directors and Should I be One? 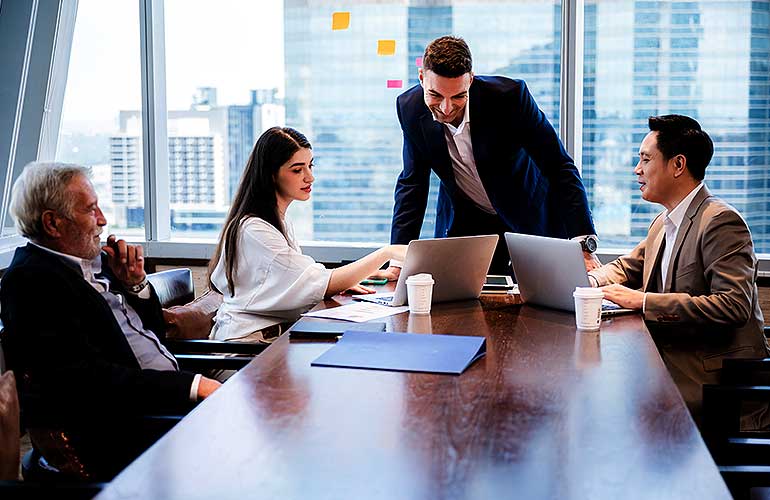 There are several reasons why incorporation may be the right answer for your business, but once you have decided to incorporate, there are several more questions that arise. One of the most important questions is: what role will you play in the operation and management of the corporation? This is an important question because, while roles like “Chair of the Board” and “CEO” may sound impressive, they can carry with them onerous liability.

What are Shareholders, Directors and Officers?

There are three main players in the corporate theatre: Shareholders, Directors and Officers. Only humans can be Directors and Officers, but Shareholders may be corporations. Each role serves a specific purpose and carries with it certain responsibilities. Here is a non-exhaustive breakdown of each one to provide some context and help you decide what role you should take on.

Subject to a unanimous shareholder agreement, which takes powers and responsibilities out of the hands of the directors and officers and allocates them to the shareholders, it is the directors’ duty to supervise the management of the corporation. This includes, among other things, ensuring the corporation’s compliance with tax obligations. Every corporation is required to have at least one director, and these director(s) are elected by the shareholders. The following persons are disqualified from being a director of a corporation:

Typically, a corporation is a separate entity from its directors and the “corporate veil” will protect directors from liability from actions they commit in the name of the Corporation. However, the “corporate veil can be pierced if those in control expressly direct a wrongful act to be done” (Shoppers Drug Mart Inc. v 6470360 Canada Inc, ONSC, 2014). In addition, directors can be personally liable for certain obligations, such as source deductions from employee paycheques (eg CPP, EI and Income Tax) or excise tax collected (ie GST/HST). This is because those funds are considered trust money which is collected by the corporation on behalf of the government and must be remitted and not spent by the corporation.

Given the risk to which directors are potentially exposed, as a precautionary matter prior to becoming a director one should inquire into whether director liability insurance will be provided and if the corporation will provide an indemnity to protect against such risks.

Officers are individuals appointed by directors to manage or supervise the corporation’s daily operations. Corporations have at least a President and Secretary as officers, but it is really up to the discretion of the directors as to what officer roles will exist and who will be appointed. Directors may be appointed as officers, and the same person may hold two or more officer positions.

Officers may also be held personally liable for certain actions taken in the name of the corporation. For example, if the officer utilizes corporate resources for their own personal benefit and to the detriment of the other shareholders, such as using a corporate credit card to buy personal items. In addition, if an officer acts like a director by, for example, overseeing taxes, they can be held liable for the same obligations noted above. This goes for any individual who acts in the capacity of a director even if they are not noted as a director on the corporate registry.

The above information pertaining to shareholders, directors and officers is by no means exhaustive. The unique nature of each business will present challenges and planning opportunities specific to that business’ industry. The experienced lawyers at Grinhaus Law Firm can help guide you and set up your business for success.

PLEASE NOTE: THIS IS NOT INTENDED TO BE LEGAL ADVICE AND SHOULD NOT BE RELIED ON AS SUCH. IT IS IMPORTANT THAT YOU CONSULT A LICENSED PROFESSIONAL TO ADDRESS THE NEEDS OF YOUR PARTICULAR CIRCUMSTANCES.

5 Reasons Why Your Corporation Needs a Shareholder Agreement

If you have any questions about our legal services, or if you would like to schedule a consultation, please feel free to contact us using the information below.